For the Goettingen region, the work of two Jewish aid organisations in the US was of considerable significance. The American Jewish Joint Distribution Committee (abbreviated: JDC), which still exists today, is the largest Jewish refugee organisation in the US. As a second relevant organisation, the Hebrew Immigrant Aid Society (HIAS) should be mentioned.

During the years of Nazi rule in Germany, both aid organisations initially had their European headquarters in Paris, where HIAS collaborated with two other organisations under the name HICEM.1 After France had been occupied by the Germans, the offices were moved to Lisbon, where thousands of Jewish persecutees had fled to. The JDC alone saved over 260,000 people between 1933 and 1941, the year the Germans stopped any further (official) emigration of Jews from German-occupied Europe.

Its headquarters were in New York, though the organisation maintained numerous branch offices world-wide. Until WWII, the competences of the various aid organisations were clearly defined and separated. Accordingly, the JDC was primarily in charge of Jewish persecutees in Germany, passing on donations from communities in the US and other funds to the RVJD. But it also provided support to people in need in Poland and the Ukraine. Once the war began in 1939, the JDC's range of tasks was extended, and efforts were made to support refugees in all regions of the world.

The organisation used the donated funds to get persecutees out of the German Reich or to ensure transit to the US of those who had already escaped abroad. Thus, in cooperation with the HIAS, the JDC attempted to get the people who were stuck in Shanghai transferred to Australia or the US. Japanese occupation of the city and to some extent the unbearable climatic and hygienic conditions made this action necessary. The JDC's offices in Paris and – later – Lisbon were in constant contact with the head office in New York. After the move to the Portuguese capital, the main task was to organise the further journey of those who had escaped. 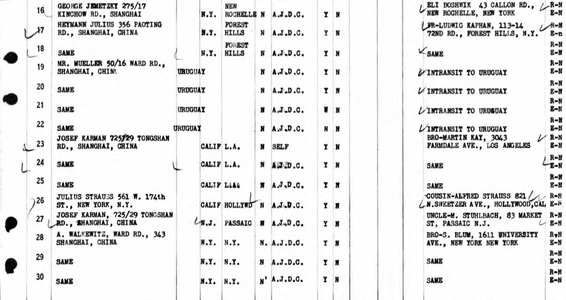 There is evidence of at least 30 cases in which the JDC handled applications for support of the emigration of relatives from the Goettingen region. Mostly, the funding was provided by relatives who had emigrated earlier and wanted to help family members in following them to the US. The funds were paid into a deposit account and the JDC remitted them to the RVJD's organisations in charge in Germany - mostly this was the Hilfsverein, which used the money to meet travel costs and booking passage on ships. Many of these efforts were ultimately successful, but the tragedy of failed attempts is also recorded in numerous documents. 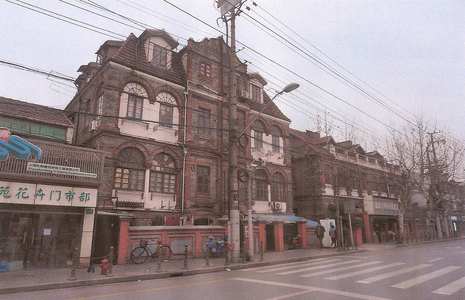 If the cases that were evidently handled by the JDC are projected to the other aid organisations, such as the HIAS facilitating placements for the Jewish persecutees in South America, or the Council of German Jewry in the UK organising placements for refugees there or in Palestine, we arrive at a total of close to 100 cases taken on for the area which today is the district of Goettingen. This means that the rescue of Jewish persecutees from the region was organised almost exclusively by overseas aid organisations.

Also the HIAS had been established a long time before the Nazi era. Around the turn to the 20th century, the organisation had mostly been involved in supporting persecutees from eastern European pogrom areas. Its agenda had also included financial aid to destitute Jewish communities in Russia and the Ukraine. Once the Nazis began their organised persecution of Jews, a further significant task for the organisation became the rescue of central European Jews, a matter the HIAS focused on with ever greater intensity in the course of the 1930s. When areas of competence were divided between the various aid organisations, the HIAS at first was in charge of refugees who had found temporary shelter in the European neighbour countries of the German Reich.

After the beginning of WWII, cooperation with other aid organisations was intensified

The organisation's main task was to get people to safety in the US as quickly as possible. In doing so, the HIAS also occasionally ignored the country's rigid immigration regulations. As an aid organization whose funding came exclusively from donations, 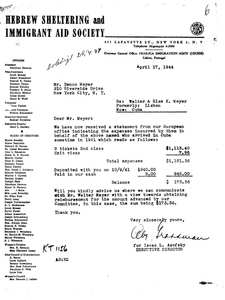 After German troops had occupied large parts of Western Europe in 1940, the rescue operations turned into a race against time. Close coordination between the aid organisations was required to stake out escape routes and find receiving countries. The HIAS's areas of operation soon extended from the unoccupied part of France via the Iberian Peninsula to Central America and Asia. There, the organisation was still involved in efforts to support refugees in moving on even after WWII had ended.

For the Grunklee family of Hann. Muenden, options for emigration were severely limited by autumn 1940. Additionally, Max Grunklee had reached retirement age by 1938, which meant that he had to manage his family's upkeep on a small employee's pension. As no appreciable savings had been accumulated either from his former occupation as a railway station bookseller and small-scale travel agent, any escape abroad was impossible without support from the aid organisations.

The arduous escape of the Grunklee family concluded in New York

In October 1940, the Hilfsverein within the RVJD and the HIAS facilitated the arduous voyage via German-occupied Warsaw, then Moscow and Vladivostok, to Kobe in Japan. US Jewish citizens had made the journey possible by providing affidavits and funds. Their payment to the HIAS is documented in the RVJD and JDC's accounting records for the journey. The HIAS settled a missing amount from the donations it had received. In the end, the Grunklee family travelled from Yokohama to Seattle on board the "Heian Maru", and continued their journey to New York by rail. There, the Grunklees settled in the Bronx. 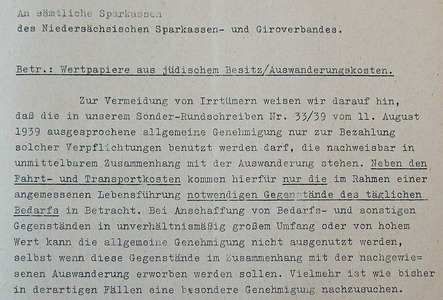 The Grunklee family's escape illustrates the cooperation between aid organisations within and outside Germany. Without coordination of areas of responsibility, contacts to governments and local support, it would not have been possible to save so many persecutees.

Besides the aforementioned Council of German Jewry in the UK, there were further organisations in numerous countries that provided support. Their help was in some cases very specific, for example the Association for Jewish Refugees (AJR) in the UK was primarily committed to saving Jewish children from central Europe and co-organising the Kindertransporte ("children's transports") to Britain. There were comparable institutions in the US. Besides their own personal networks, Jewish academics could also rely on help from organisations specifically tailored for their needs. It would be beyond the scope of this page to name all organisations and individuals that participated in the rescue operations for Jewish persecutees from the Goettingen region. Their help shall be referred to in some passages on the following subpages.