You are here: English Version » Donations
Print version of:
https://juedische-emigration.de/en/persecution/professions/students.html

From 25 April 1933, the "law on overcrowding of German schools and universities"1 applied to all students and pupils, including those attending vocational school. The intended effect was to keep the percentage of "Non-Aryan" pupils and students below a quota of 1.5 % in total, defined according to the officially recognised segment of Jews among the overall population.

If, for example, the percentage of Jewish apprentices had exceeded this quota, the number of apprentices in excess would not have been admitted to vocational schools. However, as there were rarely that many apprentices of Jewish faith at vocational schools, the regulation was of little importance in the field of vocational training. There are also no cases known regarding primary and secondary schools in the region where pupils were excluded due to the 1.5-percent quota. Instead, bullying and physical abuse of Jewish children by teachers and other pupils induced many Jewish parents to stop sending their kids to school. After 1933, Jewish schools became very rare in the region, so that most young Jewish people were left without formal education or vocational training.

By 1934, nearly all Jewish students had left Goettingen University

Most Jewish students left Goettingen soon after 30 January 1933. To most of them, the new discriminatory law pertaining to schools and universities was less significant than the aggressive agitation of anti-Semitic students. Already before Hitler came to power, the atmosphere at the university had become so oppressive for Jewish students that for them to remain there was practically impossible. A further reason for them to leave "voluntarily" at an early stage was the lack of prospects for any academic career. What became clear in the course of the investigation is that the number of Jewish students who escaped from Goettingen is far greater than was previously known. 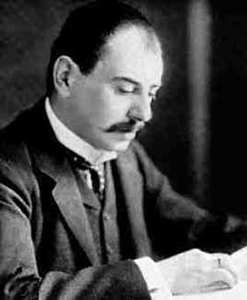 It should be considered that most Jewish pupils in Goettingen who had obtained a university entrance qualification intended to study at the University of their Home Town. The new "legal" situation as well as the anti-Semitic atmosphere in the city and at the university destroyed their plans. To a great extent they left the country before even enrolling at Goettingen University. Thus in 1936, Albert Rosenberg, son of Goettingen manufacturer Otto Rosenberg, was one of the last Jewish grammar school pupils who passed his school-leaving exam at the Staatliches Gymnasium (nowadays named Max-Planck-Gymnasium). Only one year later, Albert Rosenberg escaped to the US.2

The young mathematician Miron Fuchs emigrated already in 1933. He had arrived at Goettingen for the winter semester 1930/31 from Danzig. His teachers there had referred the highly talented student to the Department of Mathematics and Natural Sciences of Goettingen University, which at the time had an international reputation. Miron Fuchs, who at an early age had become Danzig's chess champion, attended lectures and seminars of Landau, Courant and Bernstein. However, stigmatised in Germany as a so-called Eastern Jew (born in Kiev), after 30 January 1933 he no longer had any chance of starting the great career as a mathematician he had been foretold.3 Already in November 1933, Miron Fuchs escaped back to Danzig to avoid persecution by anti-Semitic students. The "law against overcrowding of German schools and universities" and the stigmatisation had made it impossible for him to remain at Goettingen. 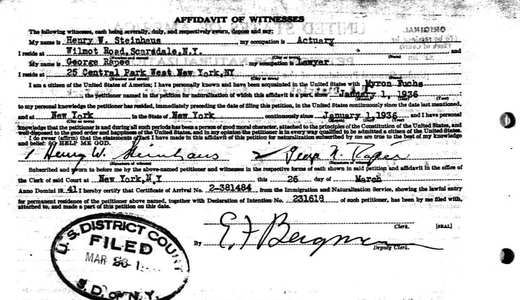 A short time later, Miron Fuchs emigrated to the US via the UK. Insurance mathematician Henry W. Steinhaus, who until his dismissal pursuant to § 3 of the "Berufsbeamtengesetz" had been a personal assistant to Prof. Bernstein at Goettingen University, had relocated to New York in September 1933. He issued an affidavit for Miron Fuchs and endorsed his emigration to the United States, where Fuchs was able to complete his studies and find employment with an insurance company. An academic career as anticipated, which would have been likely after graduation in Germany under different political conditions, was unattainable to the young mathematician in the US simply for financial reasons.

Professors who had been dismissed supported students in their emigration

Many similar fates are documented, although there were also many refugee students who managed to continue their academic career in the country that received them. Often they were supported by their former teachers, professors who had been dismissed due to the "Berufsbeamtengesetz". Among the mathematicians, entire networks developed, so that numerous young scientists, both male and female, temporarily or even permanently found a place at the universities of Copenhagen in Denmark, Cambridge in the UK or Princeton in the US.4 Several medical students made use of contacts to Istanbul. Besides support from former teachers, help was also provided by refugee committees specialising in the promotion of persecuted young academics. Others who had emigrated to countries subsequently occupied by the Germans only managed to survive with the assistance of the respective resistance movements, e.g. mathematicians Gerhard Rathenau in the Netherlands and Werner Fenchel in Denmark. With help from his contacts, Rathenau was able to go underground and stay hidden until the Netherlands were liberated. Fenchel and his wife Kaethe Sperling, a non-Jewish mathematics teacher, were evacuated to Sweden in 1943 by the Danish resistance.

Many refugee students had no chance of an academic career abroad

However, many of the young academics had no prospects of fulfilling their dreams of a career as scientists. In the receiving countries, they had to make a living for themselves and often also their families, and thus had to accept any job they could get. So very often they lacked time, concentration and money to continue or resume their studies. One example of such a situation is that of medical student Hans Kaufmann of Goettingen. Hans Kaufmann was from a family of medics, his father was the respected practitioner Dr. Julius Kaufmann. After Hans Kaufmann had passed his Abiturpruefung (grammar school leaving exam and university entrance qualification) at the Staatliches Gymnasium in Goettingen in spring 1930, he enrolled at Munich University to study medicine. After he had changed to Goettingen University, he passed the preliminary examination for physicians in 1933. He then went to Florence University in Italy for several semesters. By the time of his return in autumn 1934, the situation in Germany had changed significantly.

Although the faculty initially readmitted him, he was subjected to intrigues on the part of student bodies. The chairman of the Nazi student organisation addressed the relevant authorities, demanding to expel the Jewish student from the university. Simultaneously, he agitated against Hans Kaufmann at the district Nazi party organisation. Under such political pressure, all the university management could do was to grant the aspiring physician a period in which to take his final examination. Hans Kaufmann managed to pass, but Nazi party minions pressured him into signing a document obliging him to emigrate immediately upon graduation. Under pressure from the party and threatened with internment in a concentration camp, Kaufmann obtained a visa for Paraguay.5 After staying in the Argentinean capital of Buenos Aires for several months - Paraguay was never a genuine option to him - he managed through his contacts to get a job at a Brazilian farm in the rainforest. For any further medical studies or to set up as an independent general practitioner he lacked the time, money and strength.