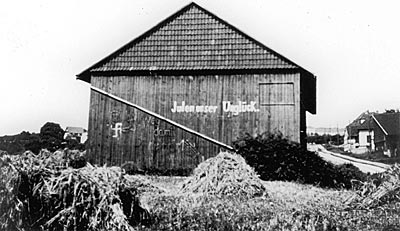 After 30 January 1933, the life situation of Jewish citizens in Germany changed radically. Once Hitler became the head of government, the already existing anti-Semitic attitudes were channelled in a specific direction.

Even before the boycott of Jewish shops, lawyers' offices and doctors' surgeries starting from 01 April 1933, the Jewish segment of the German population had been a target for anti-Semitic activities and assaults. The subsequent legal measures directed against Jewish judges, lawyers, civil servants, employees, pupils and students put into force in the spring of 1933 made the true intentions of the Nazi government quite clear: the plan to displace Jews from working life and the provisions to exclude them from education and teaching aimed at destroying their economic basis of existence and ultimately at their expulsion.1

However, further legal and administrative measures severely restricted the plans for emigration of those persecuted. In the course of the 1930s, especially the tax and foreign exchange policies of the Nazi regime had their effect. In the period from 1933 until the war broke out in 1939, the authorities in charge issued numerous laws to take control of "Jewish assets". By means of surveillance of all monetary transactions, the authorities obtained an exact overview of bank accounts, share portfolios, company assets and private property. Also, the control of foreign exchange by the financial authorities must be considered a relevant factor in obstructing the process of Jewish emigration.2

For many of the persecuted, the complete registration of their assets by tax offices, customs investigation, the Gestapo, other Nazi party organisations, trade associations and regional authorities had severe consequences. Before the war started in 1939, the most important instruments of the Nazi administration to seize "Jewish assets" were Reichsfluchtsteuer, Auswandererabgabe, Judenvermoegensabgabe and DeGo-Abgabe3. Originally, the Reichsfluchtsteuer was introduced in 1931 with the intention to generally prevent capital flight abroad during the global economic crisis. In the course of the 1930s, this tax was given a clearly anti-Semitic orientation. It was raised almost exclusively from Jews assumed to have assets and suspected of intending to flee the country. 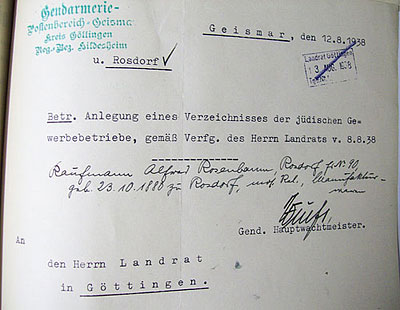 The Auswandererabgabe was to be paid to the Reichsvereinigung der Juden in Deutschland, to serve as a financial contribution to the welfare system and support for emigrants. This way, the refugees payed for the charges imposed on those remaining in Germany. After the November 1938 pogrom, the Jewish communities were forced to put up their last remaining financial means themselves to pay for the damage caused by the anti-Semitic assaults. And finally, by means of a charge to the Deutsche Gold-Diskontbank (DeGo), the Nazi regime forced Jewish emigrants to pay for permission to transfer the goods and effects they intended to take with them. They were charged separately for the actual transport costs.

However, economic and fiscal aspects of persecution are only one factor in the emigration process. A further cause for Jewish Germans to flee their country was radical exclusion from practically all levels and functions in society. In conjunction with the everyday terror inflicted by the Nazi organisations, this exclusion was what ultimately made expropriation and plundering of their assets by the state really possible. Yet a few examples prove that the boycott measures were not always as successful as intended by the Nazi regime. Quite a number of customers, clients and patients of Jewish business owners, lawyers and doctors continued to prefer the services they were used to and appreciated. Only massive pressure from Nazi organisations and the conformed authorities forced the "Aryan national comrades" to sever their contacts or at least to reduce them noticeably. In this context, some cases from the rural and small-town surroundings of Goettingen are evident.4 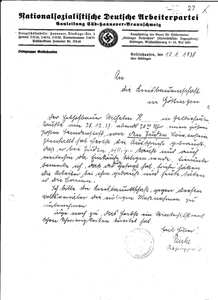