Approximately 5,500 Jewish citizens fled from the German Reich to South Africa, most of them before 1936. Until then, the RSA's entry regulations had been relatively permissive, but from 1936, the authorities demanded Vorzeigegeld to the minimum of 100 British pounds. The immigration stipulations were severely tightened by means of the 1937 Aliens Act.

From then on, applicants for immigration had to provide proof of financial independence, a selection was made according to occupational qualification, and applications were accepted or rejected depending on what was called the "assimilability" of the applicants. Subsequent immigration of family members was permitted only if an affidavit was provided.1 From the late 19th to the mid-20th century, South Africa was among the countries whose Jewish population grew most significantly. In 1880, a total of approx. 4,000 Jews corresponded to one percent of the overall "white" population, while the number of 90,645 Jewish residents was equivalent to 4.5 percent in 1936.2 At least nine Jews from southern Lower Saxony escaped Nazi persecution to the "Cape of Good Hope".

A new home for Jewish refugees despite growing anti-Semitism

A consequence of this development, though, was a rise in anti-Semitism among the "white" population of South Africa. Faced with such potential for conflict, the authorities decided to implement a considerably more restrictive immigration policy. One well-known case showing the anti-Semitic tendencies in the country particularly clearly is the arrival of the refugee ship Stuttgart in late 1936. The steamer, coming from Hamburg with over 540 Jewish passengers on board, was initially refused permission to dock. The cause for this refusal was an anti-Semitic demonstration in the harbour of Cape Town organised by a Boer party with Nazi inclinations. A number of participants in the demonstration would later assume high ranks in the apartheid government, e.g. two future prime ministers were involved. 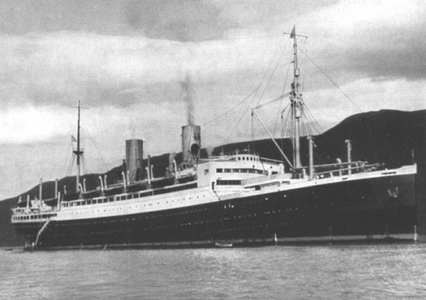 One of the Jewish refugees on board was Heinz Hammerschlag from Hann. Muenden.3 After he had been forced to give up his job as a commercial employee for a Jewish merchant in Kassel, he decided to emigrate. In early October 1936 he managed to get a place for himself on the steamer Stuttgart. Upon arrival at Cape Town, when the refugees left the ship, they were harassed and abused by the anti-Semitic protesters.

Important support from the Jewish community

Practically all new arrivals had problems finding a job at first, which was also the case for Anneliese Rothstein from Gottingen.4 She had found her way to South Africa in early 1936, when entry into the country was still a little easier. Anneliese Rothstein had worked as a bank employee. She was a qualified bank clerk and had risen to the position of current account manager at Bankhaus Simon Frank of Gottingen. When the Jewish-owned bank failed due to the Nazi boycott measures, her career prospects in Germany were shattered. She made use of the relatively reasonable entry regulations at the time and obtained a visa for South Africa. In early 1936, she travelled from Hamburg to Durban on board the steamer Watussi, and then moved on to Johannesburg. There, in the city with the largest Jewish community in the country, she began to look for a job.

Lack of language skills made the search for a job difficult

As she lacked knowledge of the required specific languages, she failed to find employment in her profession as a bank clerk. Thus, she was in the same situation as many young female immigrants, accepting the only job option available to her in Johannesburg, as a housemaid for £ 3 per month, corresponding to just fewer than 30 Reichsmark at the time5. The only reason she was able to manage on such a sum was that her employer provided her with room and board on his premises for free. Only in late 1937, her situation improved somewhat when she got a job as a waitress at the Jewish Guild's restaurant. Just as for her subsequent jobs as a cashier at the New City Restaurant and a receptionist at the Linton Hotel, she was referred by the Jewish community. Such social connections made a new start much easier for many Jewish refugees.

Only after she got married in December 1948, Anneliese Rothstein began to earn a decent salary. At the company of her husband's, Erwin Hammerschlag (not related to Heinz Hammerschlag), she could once again work in the profession she was qualified for, as an accountant. In Cape Town, Heinz Hammerschlag found himself in a situation similar to Anneliese Rothstein's in Johannesburg. He had to start anew by training for a new occupation. He began training with a trader in the Cape Province until the end of February 1937, without any income and also for only free room and board. Afterwards he joined the trading company of Scholnick in Kenhard, Cape Province, as a shop assistant for £ 5 per month. His career began to gather momentum there. In April 1942 he was appointed managing director, later he became a partner. In 1950 he acquired all shares in the business, and sold it in 1955.

Prospects for advancement made the new immigrants stay

In 1955, he moved to Cape Town with the family he had meanwhile founded, intending to establish a new business with the proceeds from the sale. He succeeded only 14 months later, becoming independent with a general instalment business. Even though considerable anti-Semitic prejudice was prevalent among parts of South African society, most Jewish refugees remained in the country after World War II. In contrast to Central and South America, from where many former refugees immigrated to the US or Israel in the late 1940s, or even attempted to return to Germany, the prospects for social advancement in South Africa appear to have provided options for the future. And besides the pleasant climate, it may have been significant that despite a certain degree of anti-Semitic hostility (mainly among the population of Boer and English origin), Jewish people who had been persecuted in Nazi Germany now held a privileged position in South African society simply because they were "white".

Next page: Asia and Oceania