Expatriation and Confiscation of Assets

The example of Gustav and Amalie Rosenmeyer of Göttingen illustrates the effects of expatriation very clearly. The effects of bureaucratic measures still affected the couple even years after their escape to Chile in November 1939.

During the November 1938 pogrom, the couple had been assaulted in their flat in Goettingen's Goetheallee, Gustav Rosenmeyer was severely physically abused and arrested. After his release, he had to undergo extensive medical treatment, so that their planned emigration had to be postponed.1 The couple were lucky in the end to get out of Germany under such circumstances even after WWII had broken out. The furniture and belongings they intended to take with them were stored at Spedition Menze, a haulage contractor in Goettingen, to be forwarded later on.

Not quite two years after the couple had fled, the tax office of Moabit-West (Berlin), which was in charge of the "realisation of Jewish property", contacted the Goettingen tax office. The Berlin office informed their Goettingen colleagues that the Hildeshein Gestapo office intended to announce the expatriation of the Rosenmeyers. It had been noticed that there were still furniture, household goods and boxes with unknown content stored in Germany. The Goettingen tax office was instructed to "immediately realise the items and remit the proceeds to the tax payment office of Moabit-West, to the account for "assets devolved upon the Reich".2 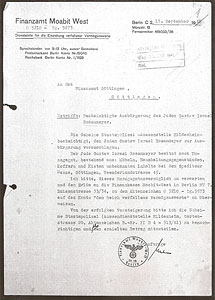 The auction date and the amount taken were also to be communicated to the Hildesheim Gestapo office. After the auction had taken place in early October 1941, a dispute arose about the prices stipulated and the value of the items offered. The conflict, which was triggered by a Goettingen auctioneer who had been present at the auction, even reached the regional and provincial administrative and financial authorities in Hanover (the Oberpraesidium, Regierungspraesidium and Oberfinanzpraesidium). The correspondence in this matter, which has survived in its entirety, is an unusual documentation of the procedures in connection with the auctioning off of items Jewish emigrants had intended to take with them. Promptly upon receiving the instructions, the Goettingen tax office initiated the required measures. First, the officials drafted an announcement with the date of the "compulsory auction, cash payments only, in the Small Hall of the City Park". An outline of the condition and value of the items to be offered was added, and the announcement submitted to the local press for publication on 08 October 1941. A literal statement from the cover letter: "The announcement is to be published with the greatest possible economy of space and in the smallest print that is still legible without effort".

A large crowd at the Goettingen auction

It seems that too much publicity about the auction was to be avoided, though this proved to be impossible. Even though the announcement was made at very short notice and the auction was carried through very quickly within two days, the rented hall in the city park, a venue which today is on the premises of the city hall, was "severely overcrowded by prospective buyers and the resulting crush of people made it impossible to obtain any signatures".3 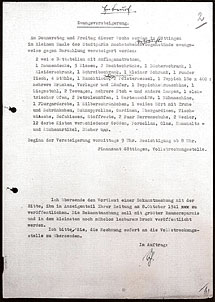 The auction of 365 items on offer yielded proceeds of 5,436.30 Reichsmark (RM) in total. It was conducted by two officials of the Goettingen tax office's enforcement department, supported by two further colleagues for record-keeping and stewarding. The rent for the hall to the amount of RM 40, fixed in a rental contract with the site manager, and the storage charges to the haulers, had to be deducted from the proceeds. In answer to a complaint filed by Goettingen auctioneer Baedje about excessive prices, the official in charge of the auction, Obersteuersekretaer4 Mueller, wrote a report.

Prospective buyers in a bidding frenzy

Mueller emphasized that the organising authority had not only complied with the price freeze ordered by the government for certain goods, but had also warned the eager buyers against bidding too high. He stated that the prices had not been excessive, as Baedje had claimed: "None of the prices were demanded, they were offered voluntarily." It seems that more than 300 prospective buyers had worked each other up into a bidding frenzy and afterwards complained that the prices were too high. After the financial authorities had stopped conducting further auctions of this kind, it was in fact Hermann Baedje of Goettingen who continued the auctioning off of household items left behind by the deported Jews. 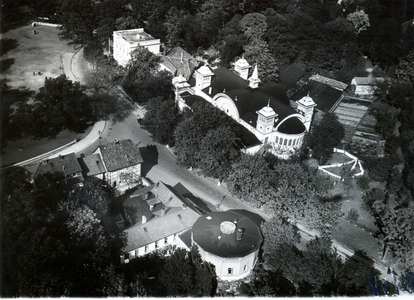 Next page: Consequences for Emigration