You are here: English Version » Persecution » Withdrawal of Citizenship
Print version of:
https://juedische-emigration.de/en/emigration.html

The persecution measures of the Nazi regime as described on the previous pages made the escape of Jewish citizens from Göttingen and the surrounding area much more difficult. Particularly the special taxes imposed on Jews severely limited them in their options to travel, arrange for visas and pay for the transport costs.

All the more relevant thus the question how Jewish families and individuals managed to arrange their emigration and escape to (relative) safety. Which organisations gave them support in their escape? Which were the countries where they could find shelter? How did they fare in their new beginning in an unfamiliar environment with a new language and without any financial reserves? 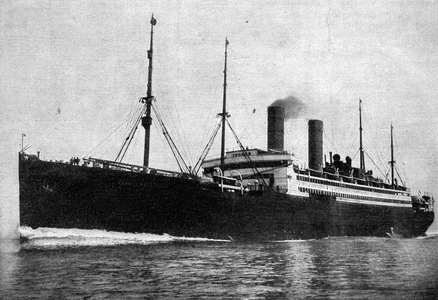 Preparations to escape from Germany usually included the challenge of obtaining the required documents. In most cases, financial resources had already been used up, and foreign consulates demanded valid passports to be submitted for visa applications. At the latest after ID cards had been introduced in July 1938, the German authorities refused to renew expired passports of Jewish applicants without a "J" stamp (for "Jew"). To reduce the obstacles to the emigration process, the Nazi government passed directives intended to make the matter of getting new passports issued easier.

Obtainment of passports was problematic

First, the persecuted Jews had to get an official confirmation of their concrete emigration plans, e.g. from a consulate or one of the advice bureaus for emigrants. Then, tax clearance certificates were required from the tax office, as proof that the prospective emigrants owed no taxes. Towards the end of the 1930s, the progressively anti-Jewish legislation imposed increasingly severe restrictions on applicants. Thus, apart from the cost aspect, the procedure of obtaining a passport and visa was arduous and humiliating. 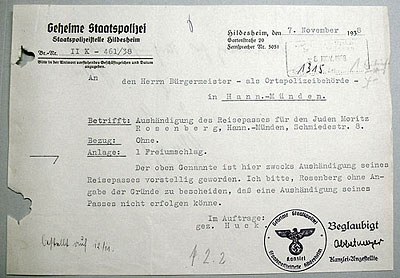 The following subpages are entitled "Aid Organisations", "Escape Routes", "Receiving Countries" and "Conditions During Escape". They refer to the political and bureaucratic circumstances as well as to the concrete situation refugees encountered on their way out of Germany. The information used for analysis is from several archives and online databanks, legislative texts and statements by contemporary witnesses. 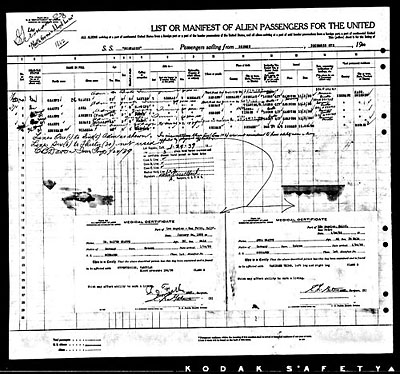