You are here: English Version » Persecution » Withdrawal of Citizenship
Print version of:
https://juedische-emigration.de/en/emigration/conditions-in-exile/survival-as-illegals.html

Among the Jews who had fled to Western Europe, many had to go underground once the countries where they were staying had been invaded and occupied by the German Wehrmacht. To keep these "illegal persons” hidden and provided with basic supplies required great effort, and thus a high level of organisation by the local resistance, as surveillance and repression by the Gestapo, SS and Wehrmacht were massive.

This dangerous, but in many cases successful underground work can be reconstructed from examples in the Netherlands, Belgium and France. These also include Jewish emigrants from Dransfeld, Gottingen and Hann. Muenden who, for various reasons, failed to move on to safe countries and had no alternatives but to go underground as "illegals". Many people who had escaped overseas and lost contact with their relatives in the European underground soon began to assume that they had most likely been deported from Western Europe to the German extermination camps in the east. In some cases, contact to surviving family members could be re-established only several years after the war had ended.

The Haas family escaped to the Netherlands already in 1933

Those people who had been staying in another country for a longer time, had learned the language and established contacts, were obviously at an advantage. This was the case, e.g., for Samuel and Rosa Haas. As early as in April or May 1933, the livestock merchant and his first wife, Ella, left Dransfeld, a small town in southern Lower Saxony, after SA troopers had raided their home. Their son Carl, who had graduated as a dentist from Gottingen University, had already escaped to the Netherlands only shortly after the Nazis had assumed power on 30 January 1933. Now, his parents followed him to the neighbouring country to the west, across the unguarded border near Aachen.1 Ella Haas died in 1936, and two years later, Samuel Haas married Rosa Meyer who was originally from Strasbourg. The couple, along with Samuel's son Carl, lived in The Hague up until the Germans invaded in May 1940. Only three months later, the commander of the occupying forces ordered all Jewish inhabitants to leave the city. Rosa and Samuel Haas, together with 14 other Jewish refugees found shelter at an abandoned farm nearby. Local farmers supplied them with food, but what proved to be even more important later was that they were now withdrawn from the direct control of the German administration.

When in 1942, in preparation for the deportations to the death camps, the Jewish population was successively concentrated in ghettos, Rosa and Samuel Haas went underground. The fact that Samuel, already age 64, and his wife survived was due to the continuing support from Dutch volunteer helpers and the organised resistance against the occupants from Nazi Germany. With help from organised inland boatmen, they reached Amsterdam via Utrecht. They were hidden subsequently in three different apartments, until they managed to establish contact to a student who was a member of the organised resistance. 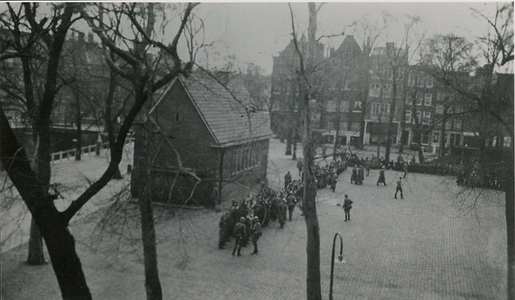 Life underground meant that there could be no contact to any official institutions, that passports and other documents, as well as any financial or other support from the authorities, were unavailable. From Amsterdam, Rosa and Samuel Haas were assigned to the responsibility of pastor Evert Nawijn in Bergum, northern Holland, who found accommodation for them with a farmer nearby. Once the deportations to the extermination camps at Auschwitz and Sobibor had begun in March 1943, the pressure from frequent SS raids intensified. New quarters had to be found with ever-increasing frequency. Once, for a period of three weeks, the only option left to hide was a shack in the woods, with a forestry worker providing the couple with food. For nearly three years, Samuel and Rosa Haas survived as "illegals". By the end of this period, they were ill due to the deprivations, but had managed to stay alive.

Soon after 30 January 1933, Agnes Sommerfeld had moved away from her home town, to Berlin. While she had been without any job prospects in a small town, she found employment as a child-minder for a German-Jewish family in the capital. In the mid-1930s, her employers escaped to Brussels from the onslaught of increasingly severe anti-Semitism in the Reich and its capital, and took Agnes Sommerfeld along with them. The young woman found life in exile rather pleasant until 1940, when Belgium was invaded and occupied by German troops, and the situation changed instantly for the Jewish population. Agnes Sommerfeld had to learn quickly how to avoid Gestapo and SS patrols; a few times, she even hid in the toilet at her place of work. Twice, she was picked up by the German military police (Feldgendarmerie) due to problems with her documents and taken to the command post, but her employer vouched for her each time. Then, from 1942, the period of raids and deportations began, and the Jewish woman (just as many others) could no longer show herself in public. A network of helpers supported her in staying underground as an "illegal". After a short stay at a village in the Ardennes, she returned to Brussels, where she was kept hidden until British troops liberated Belgium.2 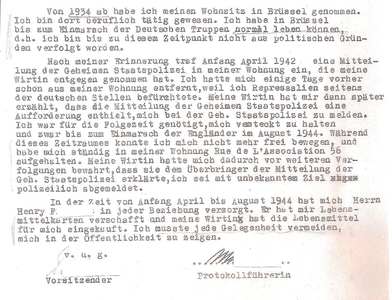 Also in other European countries, Jewish refugees from the German Reich survived with support from the local population. In Denmark, numerous helpers saved people from danger and delivered them to Sweden in ships and boats. In Bulgaria, members of Parliament, church officials and parts of the nobility ensured that Jews interned there were not deported to death camps and survived the war. In some German-occupied countries, especially in Poland, but also Czech Rep., Slovakia and Italy, refugees from Germany were kept hidden.4
In consideration of the gigantic number of murdered Jewish people, such help must be put into perspective, but nevertheless, any kind of support to refugees meant a great risk to those people who had the courage to help. Their "illegal" activities should be honoured as examples pointing at the fact that a lot more might also have been done in Nazi Germany to prevent the atrocities.

Support from an entire village

In France, the help provided to refugees was extensive, while at the same time, under the Vichy regime, the level of collaboration with the German occupants was higher than in other countries. Thus, although in Poland and the Netherlands, the absolute numbers of people saved are higher, the Polish-Jewish communities were many times larger than the French ones, and to some extent, resistance against the German invaders was more consistent in the Netherlands than in France. Apart from resistance against the Germans themselves, helpers in France also had to fight against Petain’s near-fascist regime. What are remarkable in this are the tight-meshed network of aid organisations from all walks of life which spread across the "Free Zone", as well as the density of local and regional helpers. Thus, for example, the inhabitants of the village of Le Chambon sur Lignon in the Haute Loire province alone provided safe shelter for thousands of Jewish refugees. 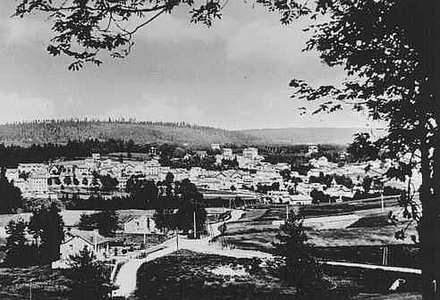